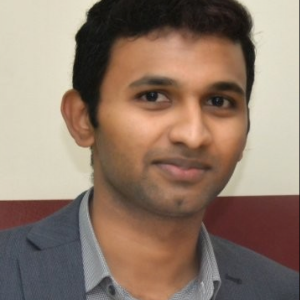 How did Everything Design, a Branding Agency in India did Logo Design and Website for i3systems?

i3systems is an enterprise automation company and their philosophy is that humans shouldn’t be doing any work for that matter. You know, everything should be done by robots, softwares and so on. And all the time that humans have should be left for them to pursue their sport and artistic pursuits. That’s what i3systems believe in the long term. And when they started the branding exercise, i3systems wanted to bring automation to the center of the brand messaging.

What does Dr. Mallesh, founder of i3sytems have to say about Everything Design and the Branding Project?

We realized that bringing automation to the center of messaging while our longterm vision is fantastic, sounds fantastic, which is that humans shouldn’t have to do any work at all. But in the short term what we see is that a lot of people are concerned about losing their jobs. That’s one thing we realize is that it’s not easy and sometimes it’s not even feasible to automate everything very easily. So we realized that automation also does the job of simplifying the work that is done by humans in any business process. So one of the tasks that we gave the team at Everything Design is to come up with a tagline for us and they studied all the competitors and of course all the competitors just like us had also focused on automation as the centre piece of messaging.

How did we come with a brand positioning during the Branding Project?

But during our discussions we realized that simplifying the work for people is actually as important or slightly more important than automating the work itself. So once that was clear again we all did multiple joint brainstorming exercises with bringing simplicity in as the focus of our brand messaging and we came up with a fantastic tagline that it gets simpler.

My sense is that it’s a tagline which reflects the use of AI going beyond automation. I think the first job of AI is to make life and jobs simple for all the humans and then eventually take it to a stage where it gets fully automated. So we are pretty happy that it gets simpler. The tagline which resonates not only with us at i3systems but it resonates well with all our customers and I think it’s a tagline which will stay with us for significant amount of time. When we started i3systems back in 2016 and obviously being a small company you’re trying to cut costs and you don’t have much money to spend and for a tech company, for a B2B company spending money on branding and design and all feels a little bit unnecessary in the beginning.

How did i3systems do its initial Branding?

So the simple solution was to buy dinner and beer for a friend and ask him to do all your designs. So that was our design and our branding all done in exchange for a very less sum of money and just some food. And the branding and design stayed with us for significant amount of time to an extent that the person who had done the branding and design for us was pretty shocked that we were still using it after three years. And that’s one thing. The second need was of course the color palette that was used and the design was just completely out of my own personal choice.

What was the challenges faced by the B2B brand before the Branding?

It was just my favorite color. So it was there. And others in the team would disagree that this color is not nice and this logo is not looking good and my UI developers would be confused that how do I bring these colors into the UI design of the product? And so on. So there were some discussions like this and we had grown as a company.

What was the need for Re-Branding of this B2B Brand?

We thought that before we scale, it is important to have a decent design which will be with us for, let’s say, five to ten years, because once we have scaled up the company and then going back and redoing the design and branding, et cetera, is going to be difficult. So that was the second reason we were on a steep growth trajectory. So we said this is the right time to fix the brand design, messaging, everything, before we scale it up in a big way. So that was the other reason for going for Rebranding.

What is the right time for a branding exercise for a B2B Tech Brand?

What is the third thing was that we had started featuring in different sort of articles, media articles, in industry research websites and things like that, alongside other competitors, along side other companies who were doing similar work. So again, it was sort of important that we look like a genuine company when our logo is sitting, besides some of the larger companies and similar companies. So it was very important that the logo and our messaging happens properly a sour media presence in general, our online presence begins to get traction. So that was the third reason. And the fourth reason we had also realized that the importance of having a good quality brand, brand which people can connect with easily and can appreciate or at least find it just pleasing to the eye.

So that was the other reason, and we were going in for a big round of fundraise. So without for somebody to give you that much amount of money, it’s also important to look really genuine and also to build that confidence that we do understand what marketing and branding is like. So while it’s true that for B to B company’s, branding is not that important in early stages of the company, because you have one to five clients, but once you have crossed like 1520 clients, it begins to get important because even in B to B, you are selling to people, although the customer and the payer is an enterprise, but the decision maker is a person. So you have to appeal to that individual as a brand. So as you scale up, I think branding becomes very important as a BtoB company.

So when we went for Rebranding, actually we had about 15 clients or so. And before that the sales team was just two people at that point of time, we had also grown to be like eight to ten member sales team. So there was a lot of messaging that was being done by non founders like for all the first 15 deals as the founders we were the face of the company but now these were sales folks that we had hired who are starting to become face of the company and having right branding and messaging is very important. So that all 8 to 10 sales team of salespeople are speaking the same language, they’re sending the same message to the customers. So it was very important.

That was also that the brand should stand out compared to all the other competitors because now we were being compared with other competitors and we need to have a way that our logo stands out when it is sitting in between ten to 15 other logos. That’s very important. So that was the second requirement and the third requirement was that the company itself was growing it’s the identity of the company or the internal branding that what does the company stand for. Among my own employees or my own shareholders and my own customers is also very important. So our requirement was also that can the branding also reflect the product that we are building?

Why we are building that product? What is our mission in building these products and taking this product to the market? So internal branding as well as bringing out our mission and vision of i3systems very clearly was very important. So these were broadly the requirements. After speaking with few agencies we selected everything designed to start work.

Success of a Branding Project

According to us and Dr.Mallesh it was a very successful project, more importantly it was fun working with the team. The process of working with the team was very good. The branding was taken forward to multiple brand touch points. The team took a lot of attention to details. Customers, investors, investors, future employees – all of the stakeholders were considered. We were all working together to make the project successful. They took the brand to where we wanted to be.

Why did this B2B brand hired Everything Design for their Branding?

They studied the competition and the mission, vision and philosophy of the company itself to come up with a great branding. 9 reasons for loving Webflow as a Website Design Agency Product-Centricity vs Consumer-Centricity: what would work the best?

Lets talk about how we can improve your revenue through better marketing?

No, we don’t want your email. But maybe see some of our recent interesting projects?

It’s a 4 MB PDF file. So please wait around 5 secs once you click the button for it to load. Thanks :)